The goal for my current work is to highlight Alexander Wienerberger and his role in providing written and photographic evidence of Holodomor. My second goal is to juxtapose this against today's political climate, with the aim to keep attention on Russia, so they cannot hide the atrocities being carried out against Ukrainians during the current conflict in eastern Ukraine.
My new series, ‘A Long Fight,’ combines historical images of Holodomor, taken by my great grandfather, Alexander Wienerberger; with images I collected from the frontline, taken in Ukraine between 2014 and 2018. This series reflects on the past and looks at the present day repressions thrust upon the Ukrainian people and show their resilience and overwhelmingly powerful identity. To express the efforts of the Ukrainian army, show them as united brothers and sisters, who are once again fighting against the same repressive force.
The images of the past and present are layered. This layering technique masks and reveals to lead the viewer into the realms of propaganda, the current Ukraine is being unmasked but the image is left unable to fully depict the reality. The temporarily obscured image enhances the idea of an underlying reality where truth is both difficult to identify or define; a result of political propaganda or the uncertain nature of truth itself. A Long Fight, also comments on the Ukrainian government by representing a reality of the country but it is contained to subtle gestures to remind us that Ukraine is still caught between Europe and Russia. This allows the work to dive towards the political, critical of governing bodies and exposes how they have trapped their own country between Capitalism and Communism, rich and poor, east and west, corruption and honesty but it does not openly expose. Instead it echos the past and shows the amplification of what has leaked into the present. 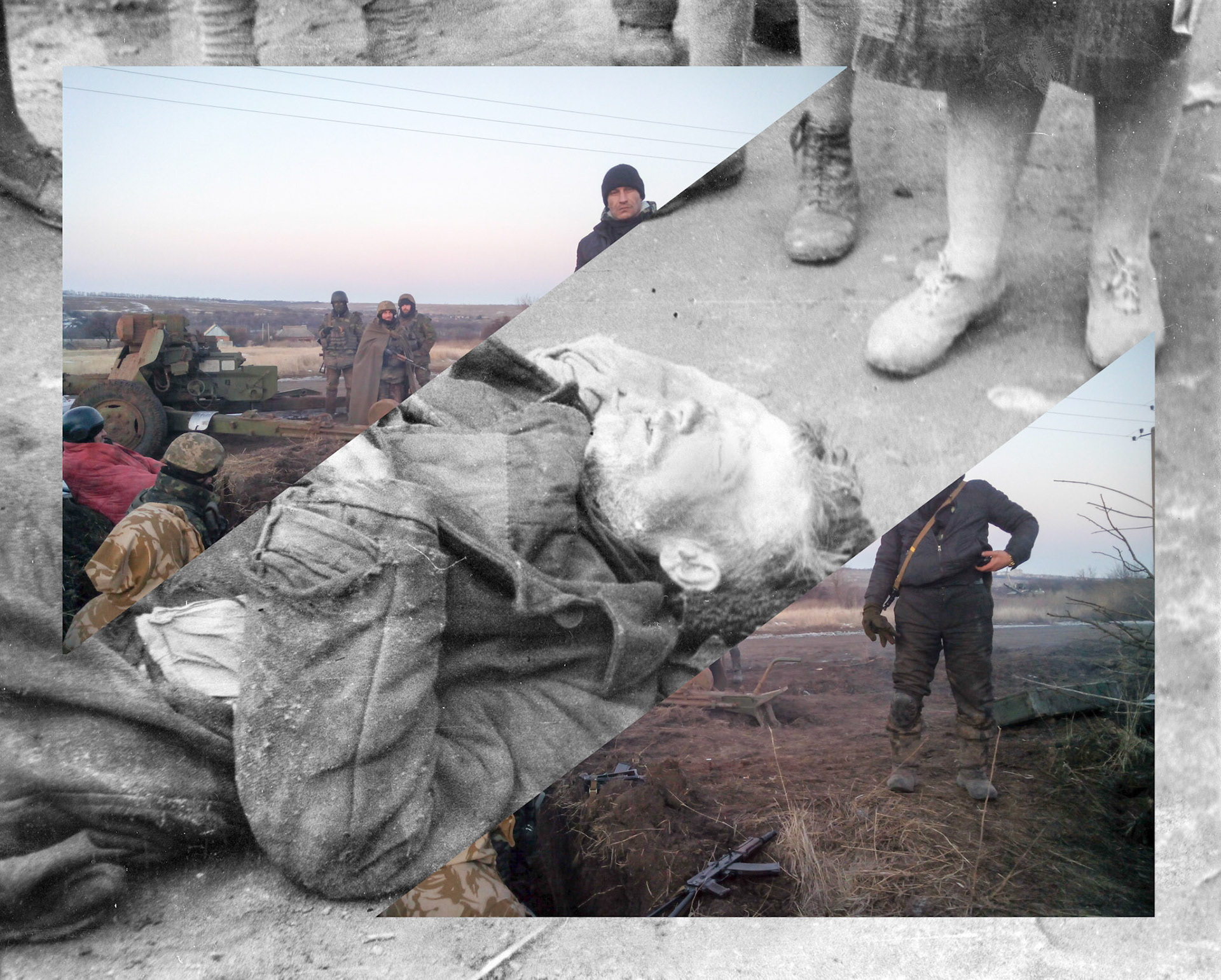 Masks of Holodomor
↑Back to Top

Insert copy here, which should vary depending on your region. Accept